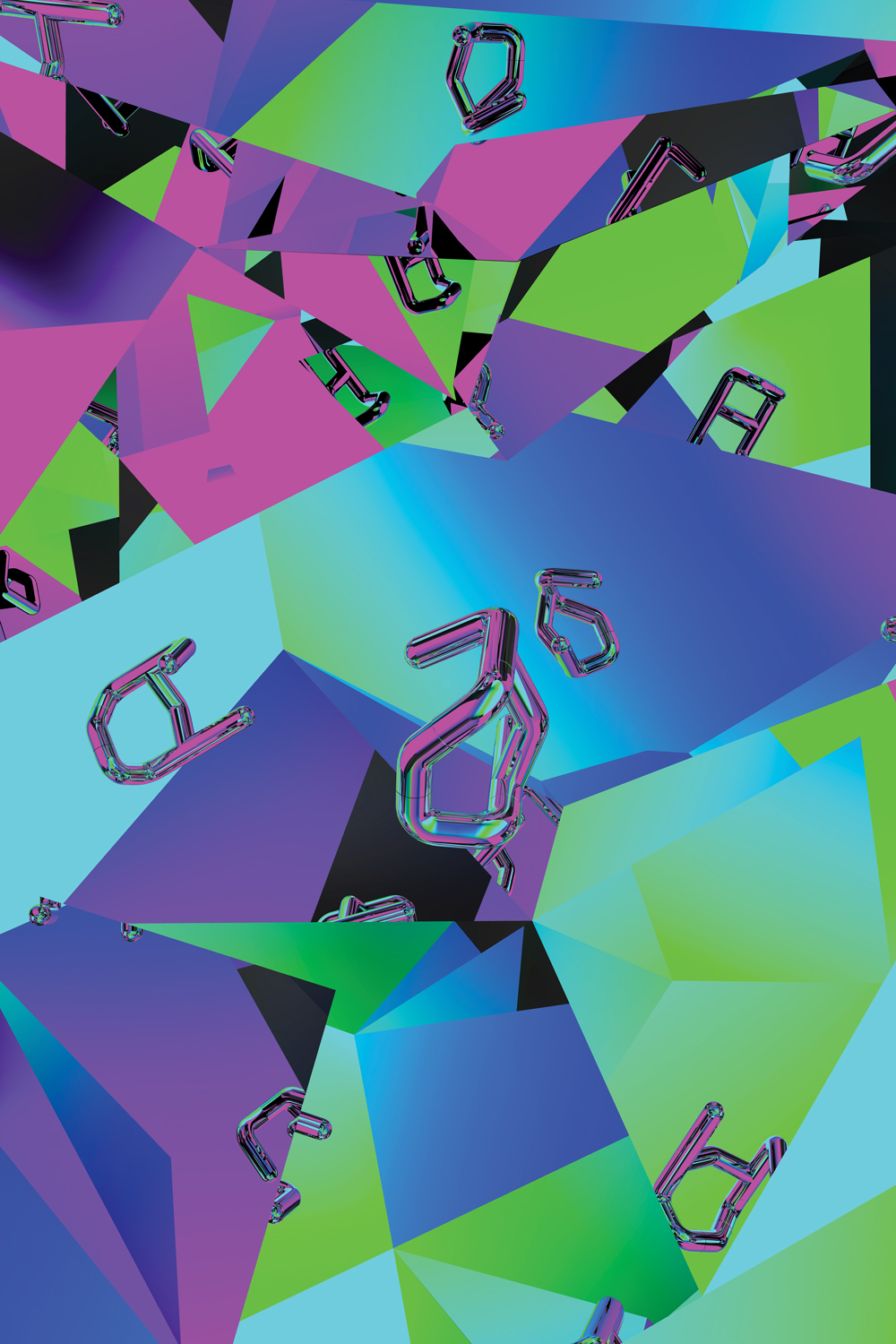 My senior thesis was open grounds for exploration. At the time, one of my interests was in the creation of 3D forms and utilizing 3D software to manipulate the forms. I used my thesis as opportunity to expand this interest and learn more about the 3D programs I'd tested out in a previous class. To narrow my focus and allow for creative solutions, I decided to set a number of constraints upon my making process. 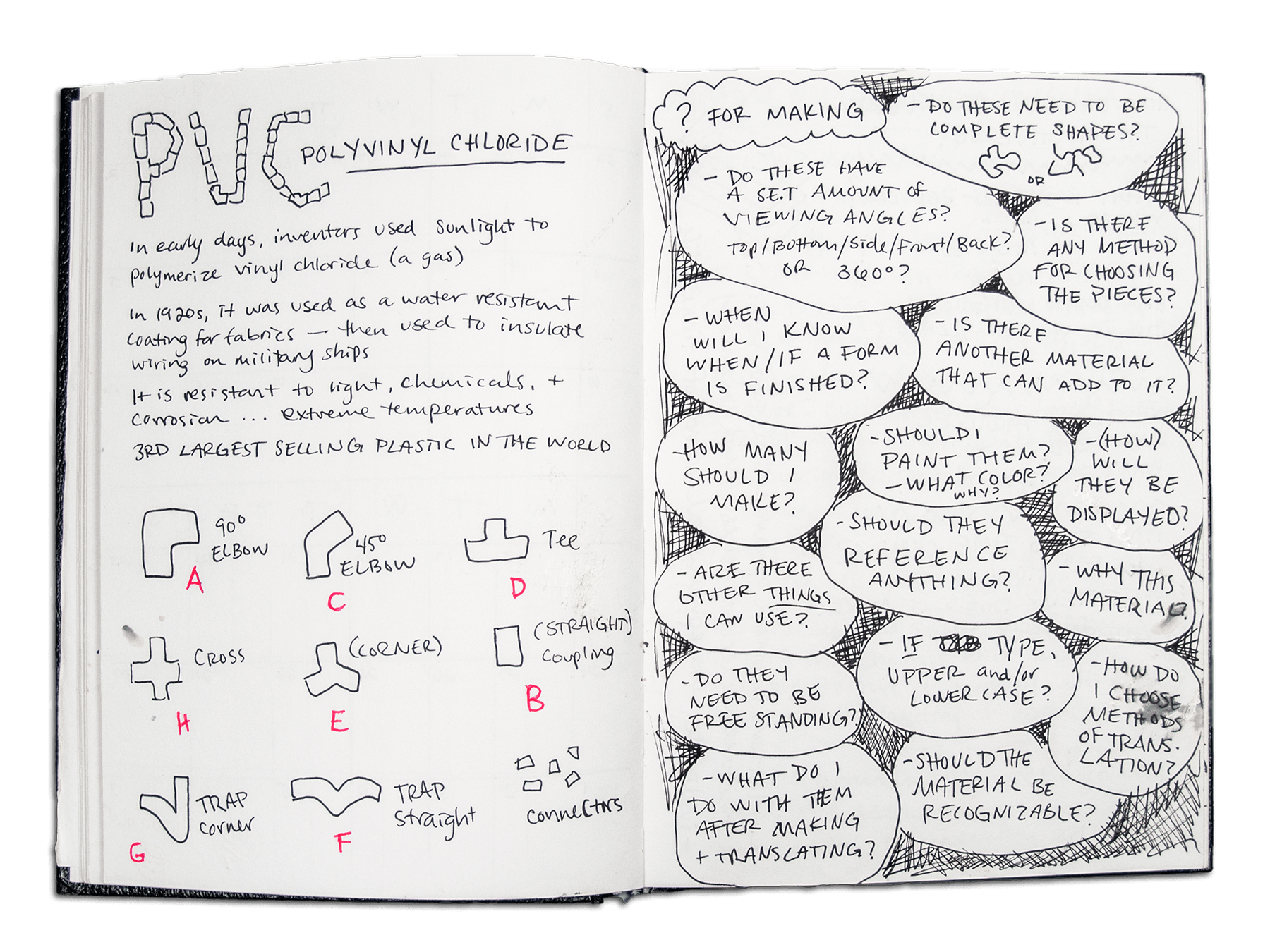 My aim was to compile a set of parts for physical 3D form making, my own set of building blocks. Inspired by sculptor Mark Booth and old Windows screensavers, I assembled sixteen PVC pipe fittings with some rough cut pipe to use as connectors. The set included four 90 degree elbows, two 45 degree elbows, four couplings, two tees, one cross, one corner, one straight trap, and one corner trap. 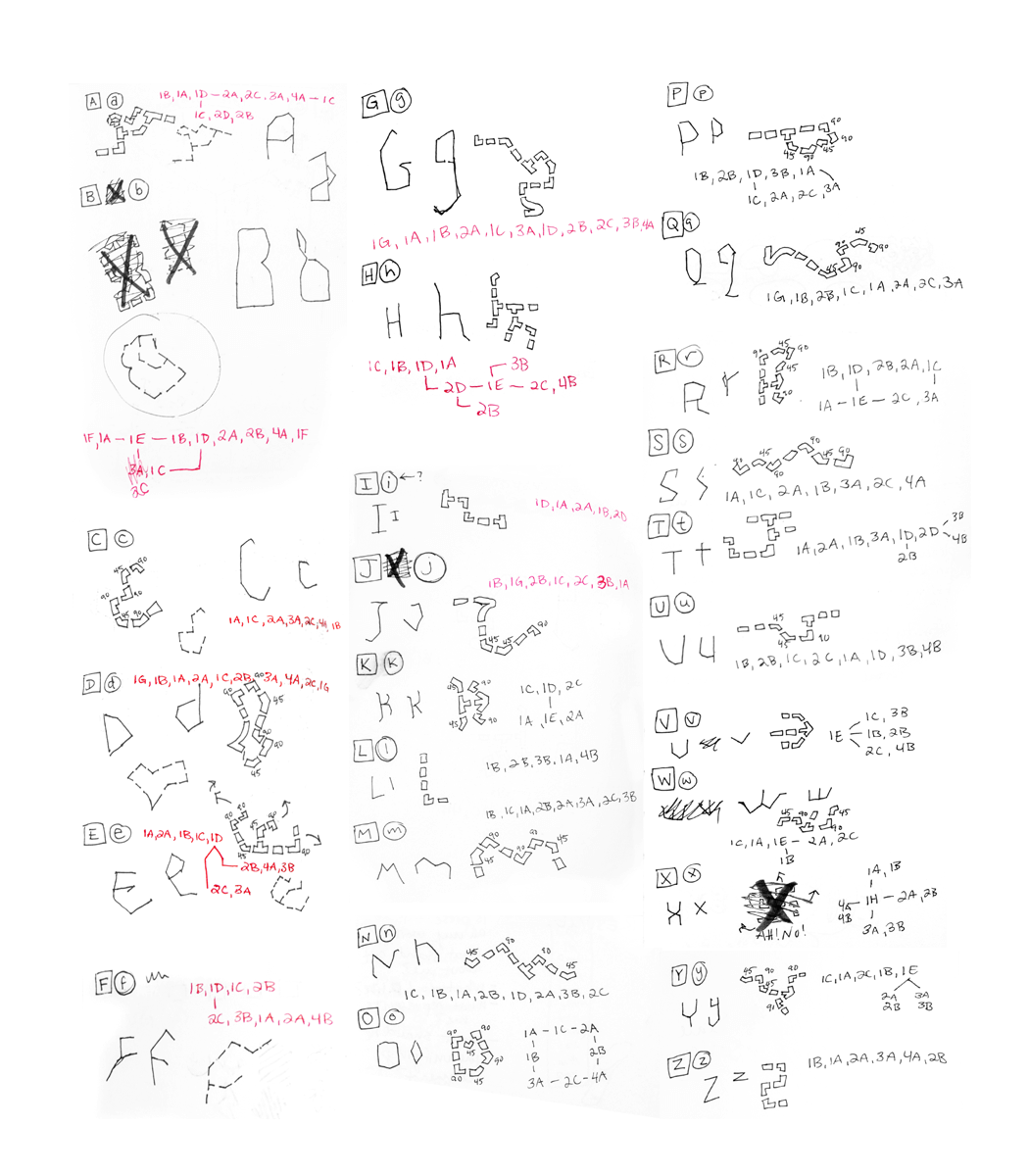 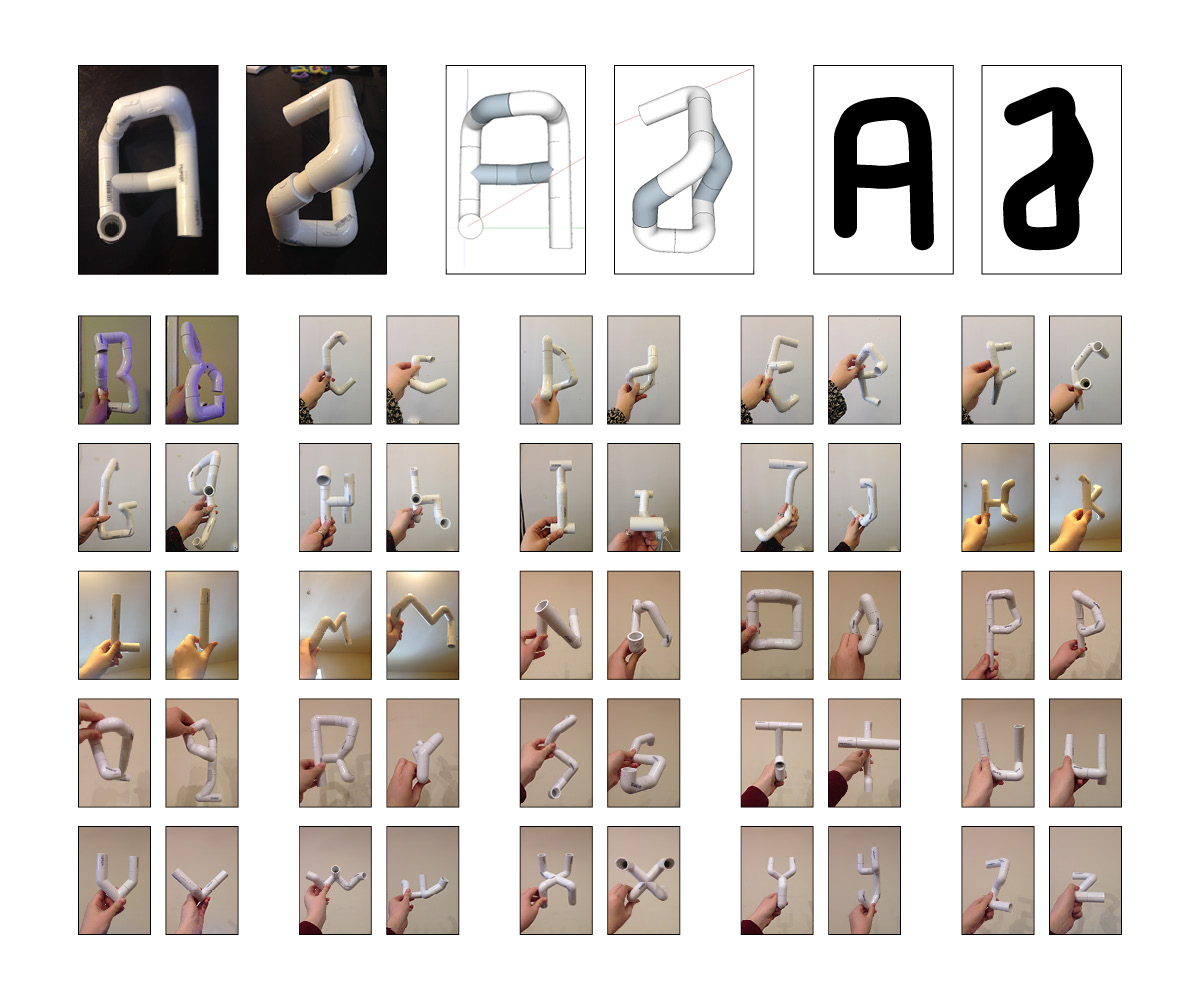 Typography became the subject of the forms after some research, discussion, and playing around with the pipes. The challenge I wanted to explore in the 3D forms was the difference in perspectives. In relation to type, I found the uppercase and lowercase versions of each letter could serve as two perspectives to the same form.

The creation of each letterform was something akin to playing with Legos: lots of fun and lots of rebuilding. When I was happy with each form, I photographed it and took detailed notes for future recreation. This recreation started with the original set of pipe fittings I'd gathered earlier, then a repeat of the whole process in the virtual 3D plane of SketchUp to build up the whole of my pipe type family.

I concluded the project with a series of large posters. These were composed into scenes in SketchUp and later imported into KeyShot to render textures, lighting, and backgrounds. Typographic set posters were certainly an inspiration, but the main focus was shifting perspectives as could be shown in a 2D format. A video showing each form changing its perspective from uppercase view to lowercase and back again. 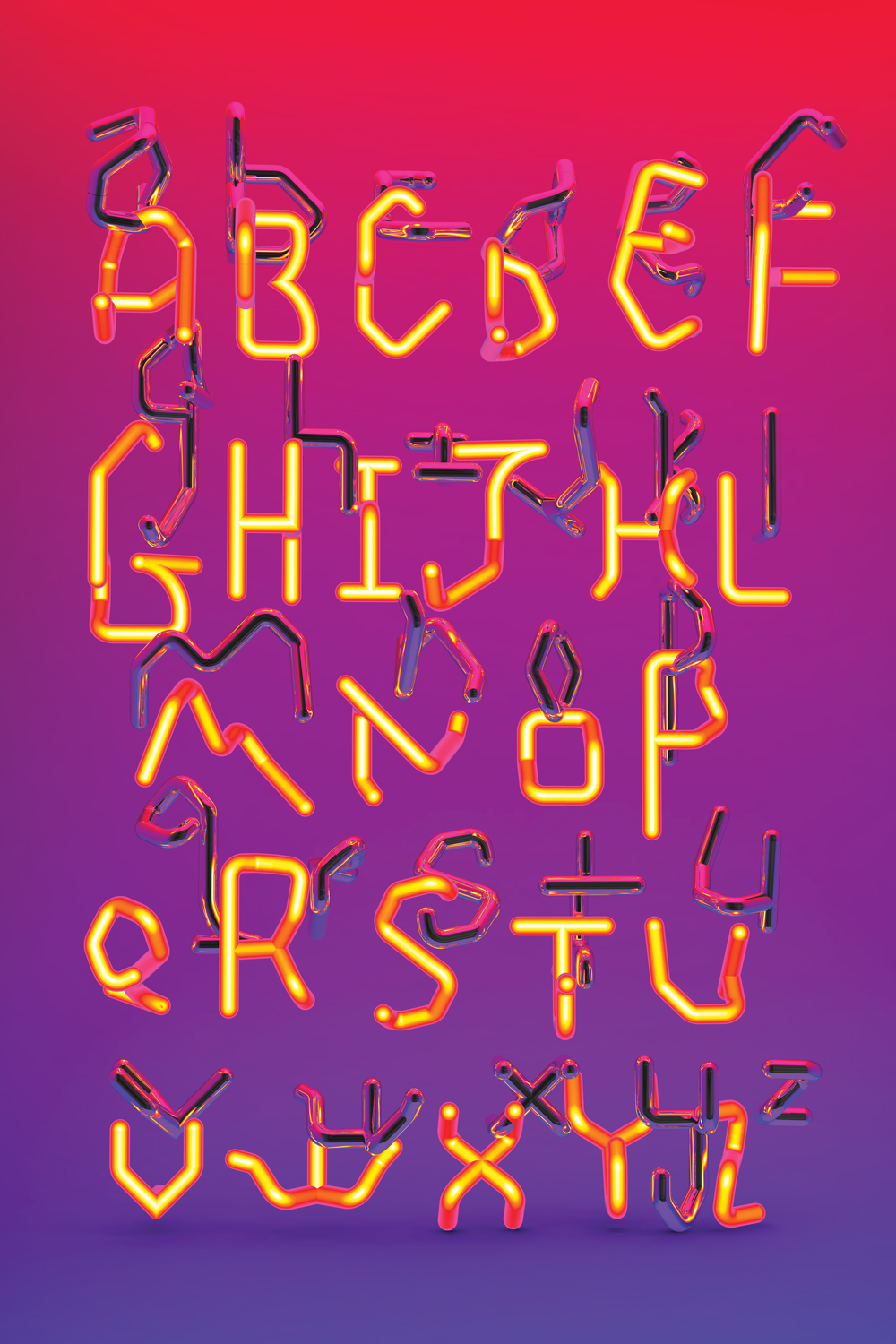 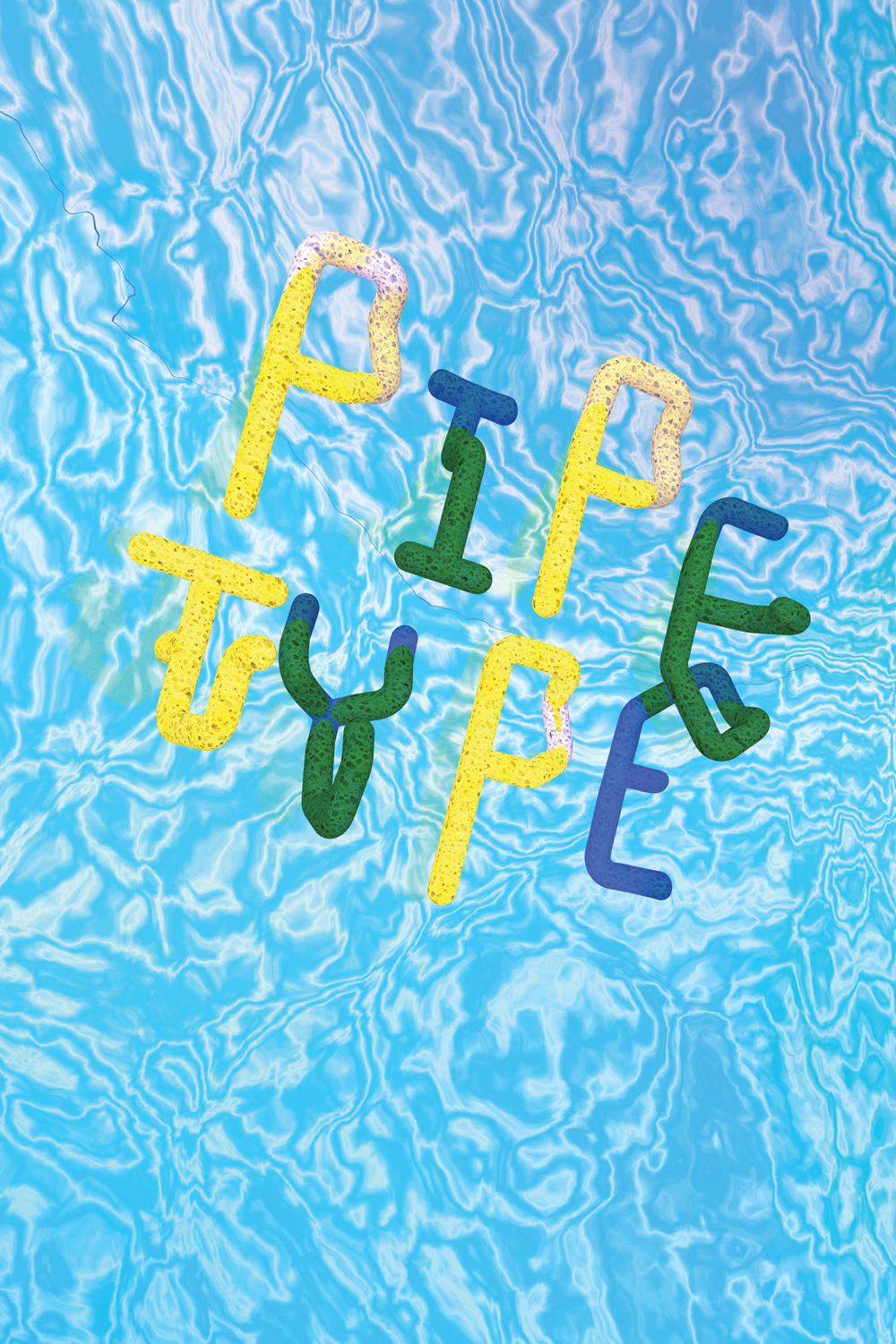 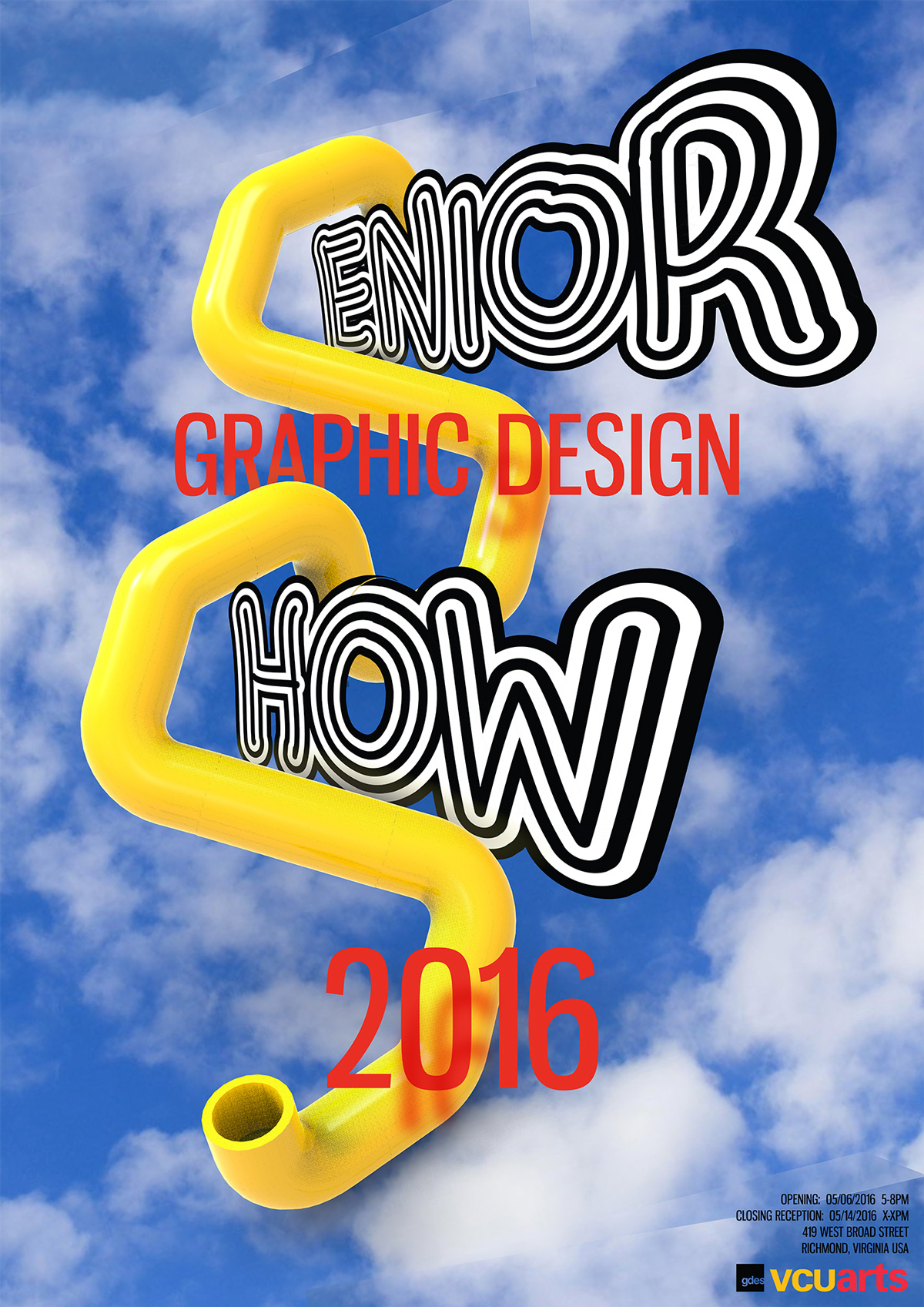