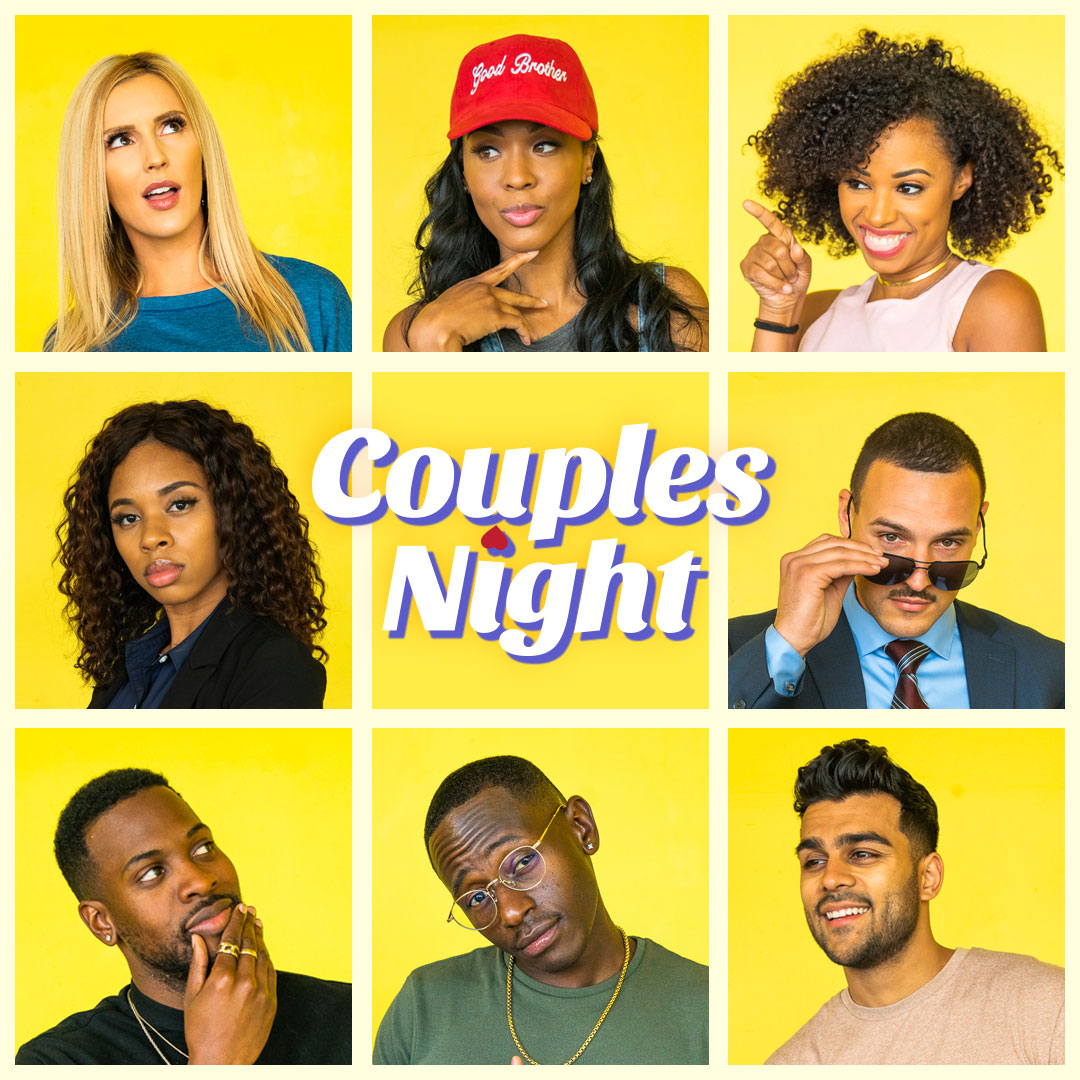 I was brought on in season 2 of the show to edit promotional photos, support social media posting, and create in-brand graphics as needed.

The biggest challenge of this project was the bulk of photos needing to be edited. Photoshoots of the cast were done at the beginning of each season, with individual shoots for each of the main 6 actors as well as combination shots with the guys, the girls, and each couple. In order to speed up this process, I created multiple batch editing actions in Photoshop including basic color grading, background cut outs, hair masking, and teeth whitening. These batch edits freed up more time to focus on the details of individual photos in each set. 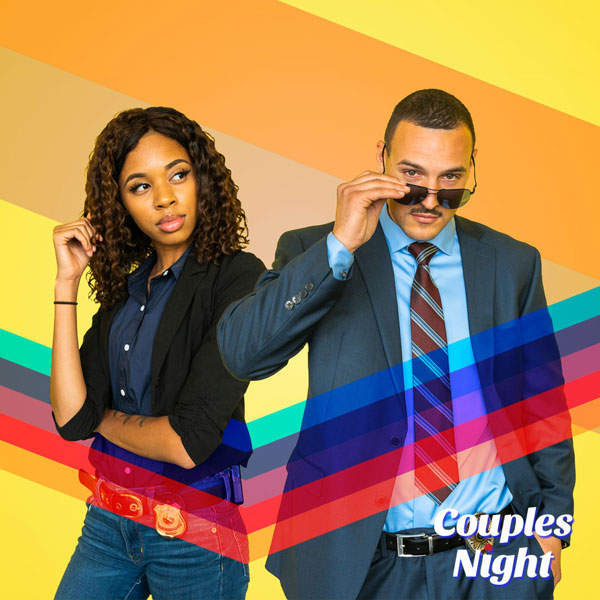 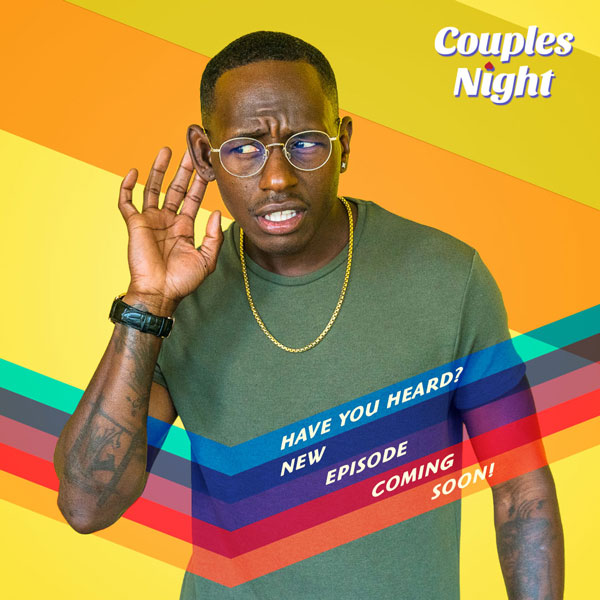 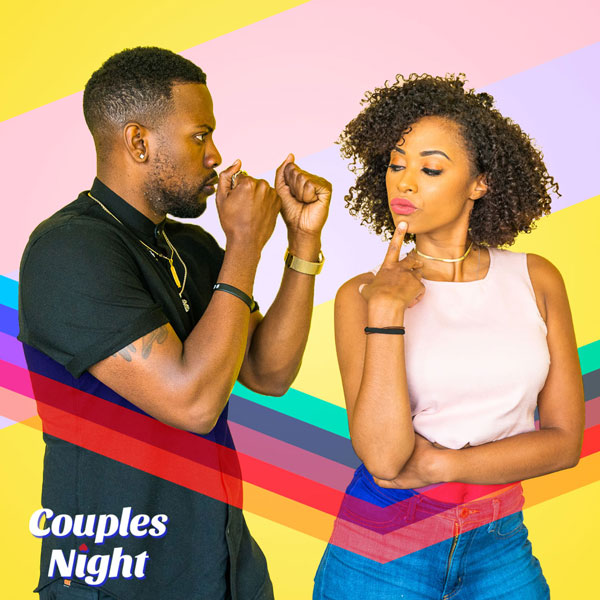 Once all the photo pieces were made, composing promotional images for social media posting was an engaging task of matching up characters. The visual style of the show aimed to be somewhere between Brooklyn 99 and The Brady Bunch, showcasing this dysfunctional group of friends in vibrant, color blocked visuals. 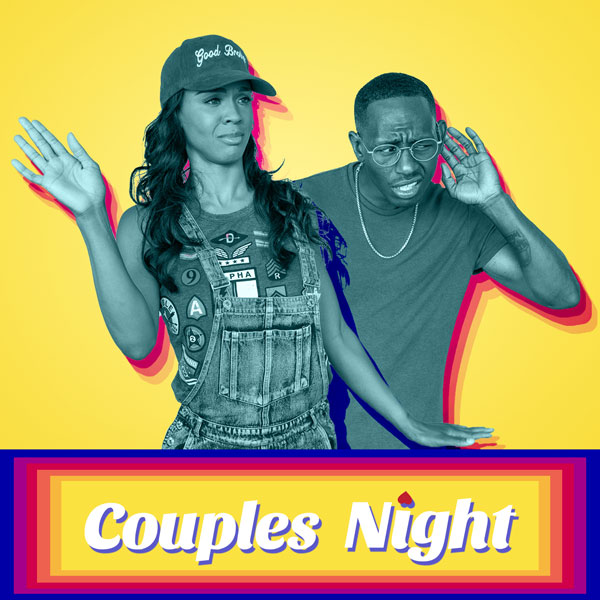 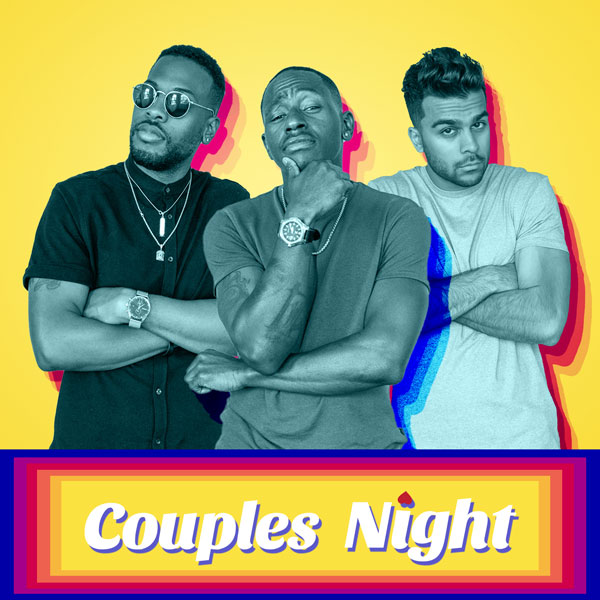 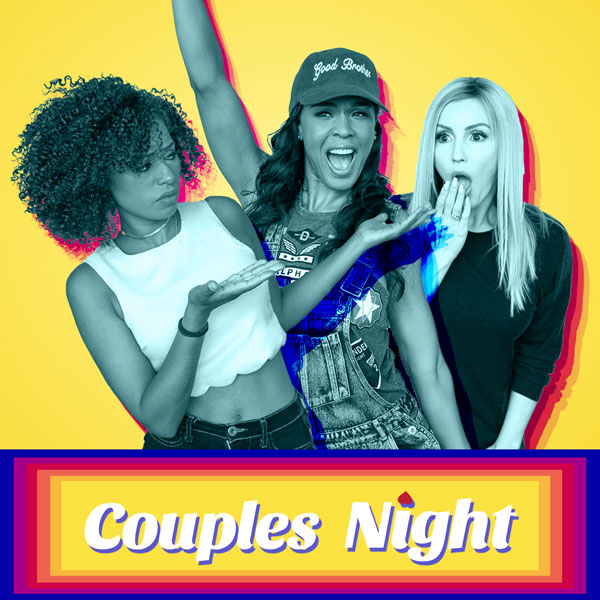 I created these images for multiple posts leading up to and announcing the new episodes on both Facebook and Instagram. I would also cut clips from the episodes into short soundbites with a title card at the end for easy sharing on social media. 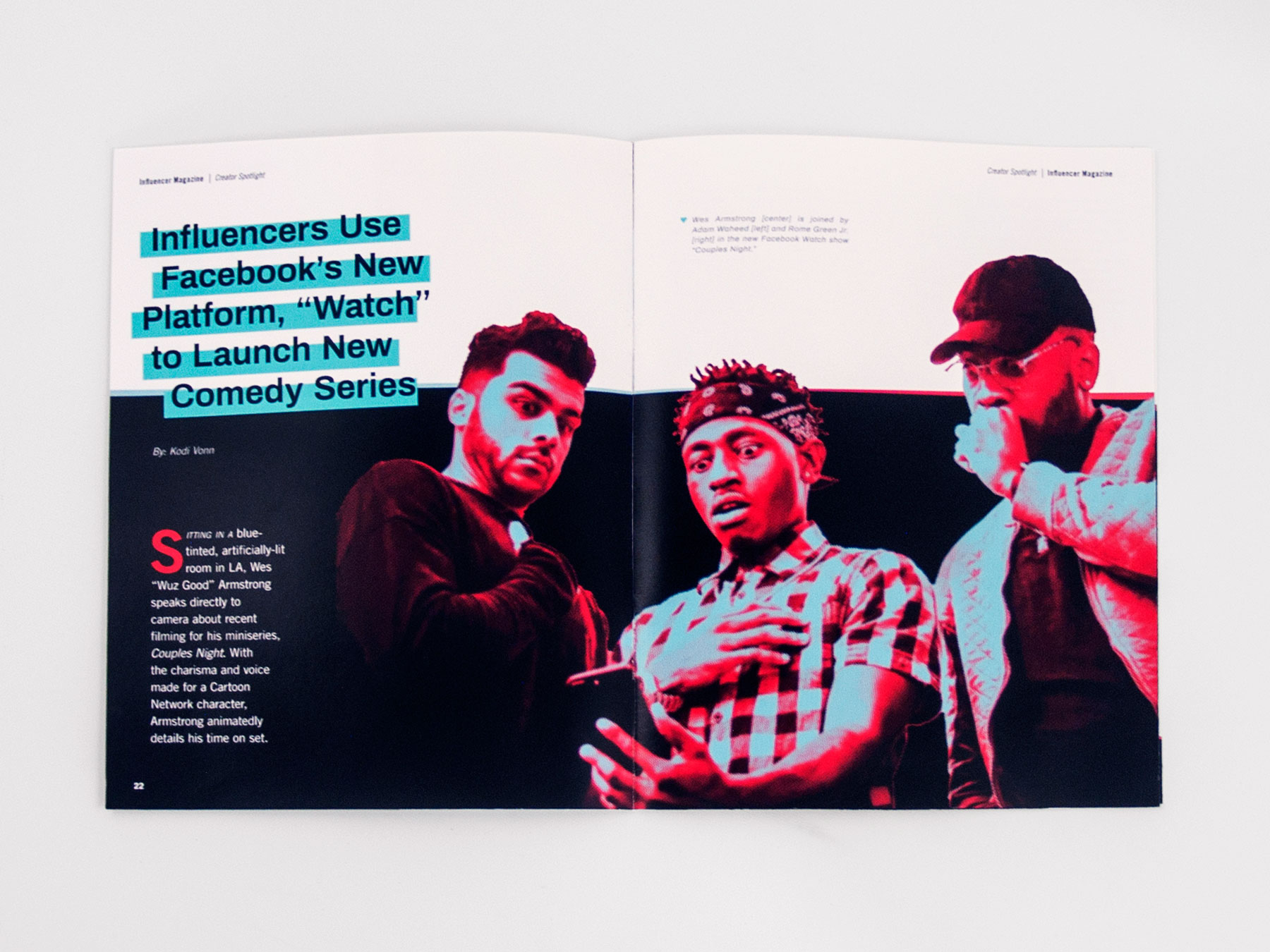 The only print based collateral I worked on was a featured article about the show and its creators, though it was also used as a digital counterpart. This I took into consideration by using a red and cyan color palette as well as laying out the text in a fashion readable by printed size or digital PDF screen size. Another difference was the cover being a spread printed, yet only single page digitally. 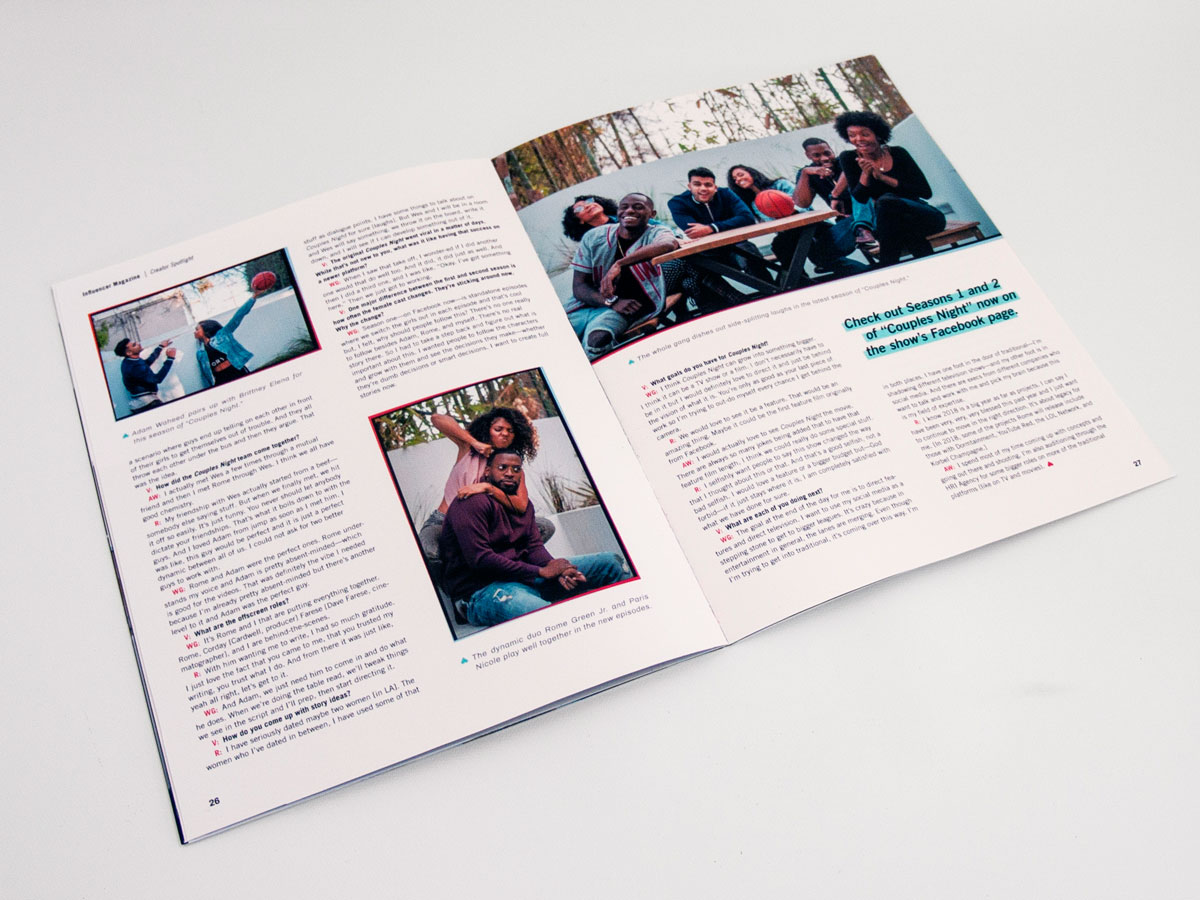 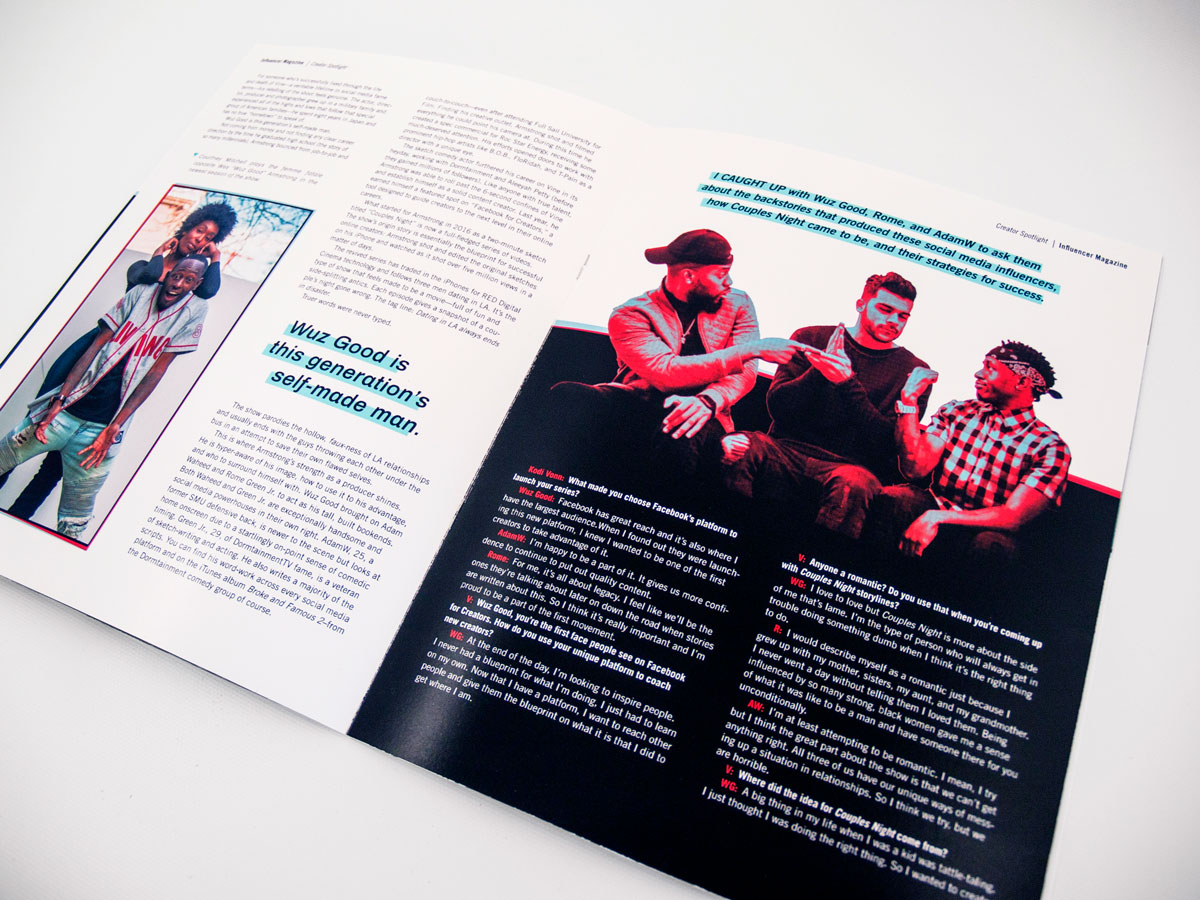