My first step into animated graphics was the simple, humble GIF. Upon introduction to the timeline panel of Adobe Photoshop, I started putting together sequential photos of friends laughing or someone making a face, often adding doodles of action marks and fireworks or animating text to sort of squiggle by redrawing the letters in the same location frame by frame. I made many of these for birthday e-cards or social media posts to friends, learning the basics of timing and placement through each one. With that experience, I began creating my own graphics to animate, such as these shifting hats or the pixelated 'possum.

A small experiment in frame-by-frame animation, I went back to pen and paper to draw each of my frames, carefully considering how the change or transition from frame to frame can impart a lot of information or even tell a story. This animation with the tea was inspired by the multiple times I have left a hot cup of water steeping with a tea bag only to come back hours later not knowing what I'll find on the other end of the tag.

This skull drawing is a design I keep coming back to, a familiar motif I'm comfortable using to practice new mediums, from this progress GIF of the original drawing to these different embroidery styles. All of these small projects as well as the vector illustration I created from the drawing called for more movement, and so I again tested a new medium with the skull, or rather a new software, Adobe Animate.

As usual when learning a new program, I'll work on a project of my own while using tutorials as a guide to learn the ropes. In this case, my aim for the skull was a classic cartoon-y expression of eyes popping out with a crazy curling tongue to match. Once I was familiar with the tools of the program, I focused on the movement of each element and then refined the timing, which took significantly longer than expected. By the time I finished all the little details and was pleased with my work, I was making a similar expression to the screen!

No one really throws you a birthday party once you're an adult…so I took it upon myself to throw my own! It's mostly an excuse to see my friends and host a party, but it's also a gift to myself to design the invitations as a fun, anything-goes project.


The first year I started with a text heavy design in black and white, then added colors and animation later. I chose a pastel rainbow palette to balance some of the heavy blocks of black text, and the offset appearance of text allows time to read along as well as lighten up the initial visual appearance of text blocks. 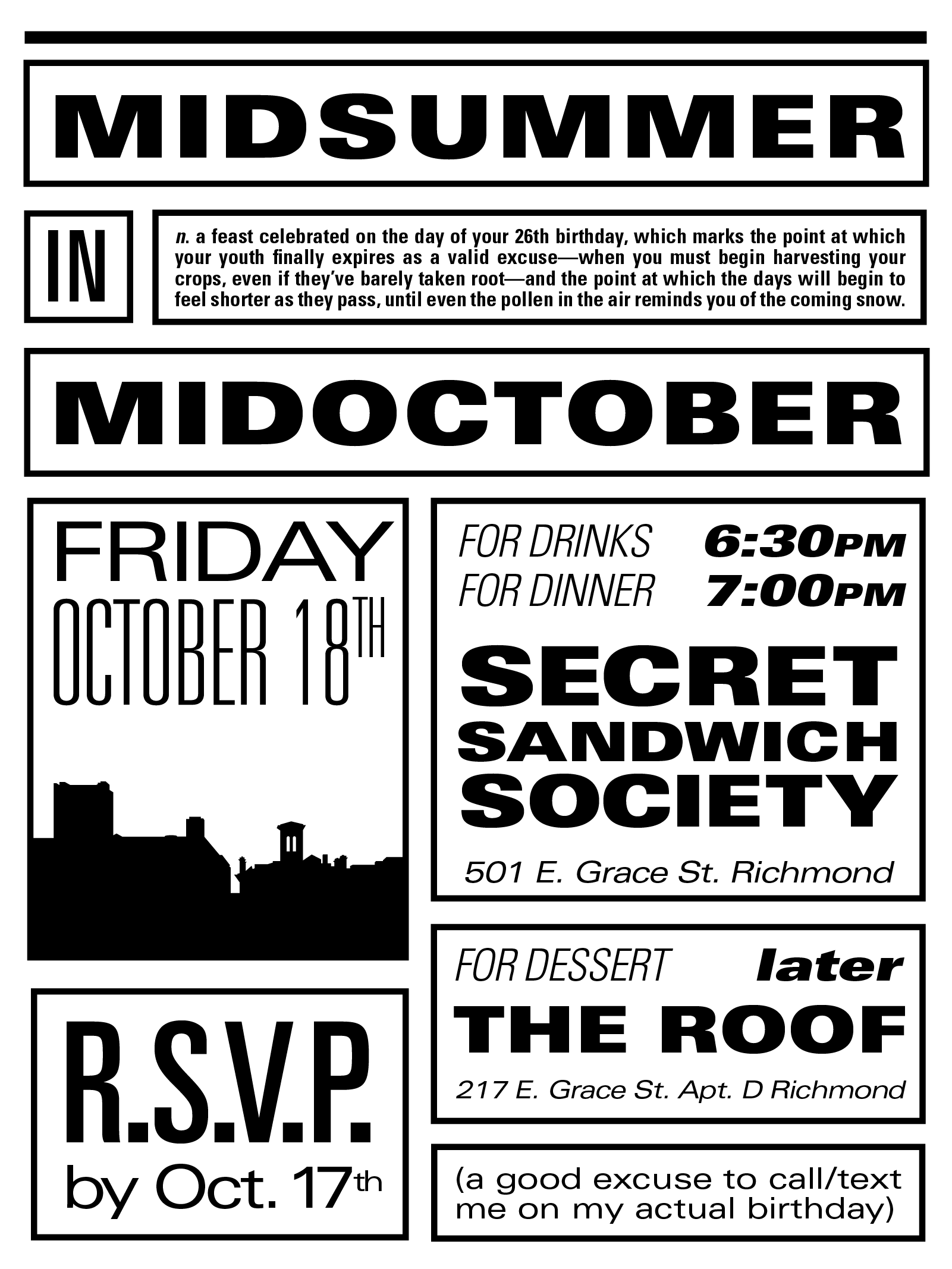 The next birthday party I planned in the same vein as a childhood party I loved: a Halloween costume party, helped by the fact my birthday is 2 weeks out from the holiday. For the invitation, I wanted to bring in some spooky elements and Halloween motifs such as lightning, dark silhouettes, black and orange stripes, and crooked lettering. Another blast from my past made it in as well—my sister would constantly doodle this little character with the nose when we were young. Since my party was on the roof, I thought this guy (who I later learned was Kilroy) peeking up over the window of a stormy sky would be the perfect focus for the card. 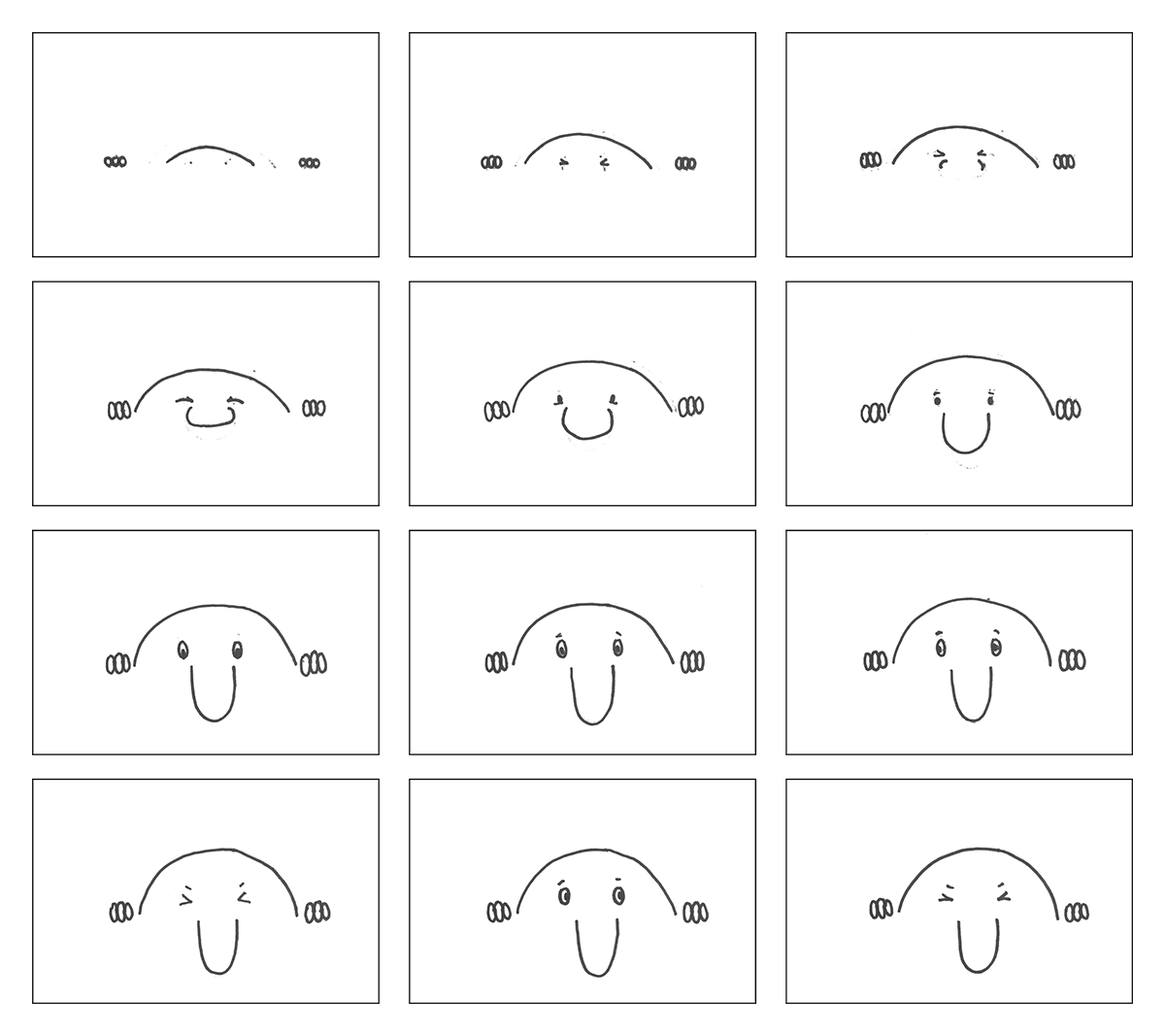 For the Kilroy character animation, I drew him out in the traditional medthod, with one page laid over the other to make slight adjustments to the drawing to make him move. Those drawings I scanned and edited together with the trusty timeline in Photoshop. The rest of the invitation animations were done in Adobe After Effects.

Another standard animation to practice is, of course, the walk cycle, and I, of course, approached this with a twist. I'd been feeling frustrated around the time of working on this, like I kept going in circles doing the same crap over and again, but still I trekked on. This feeling I wanted to portray in a lighter, funny way paired with a colorful style inspired by Keith Haring.


I tested another new program, this time Adobe Character Animator, with this design, taking the vectors I made in Illustrator over to Character Animator and rigged it up with moving joints. After plenty of tweening and tweaking, I added in a changing palette of bright colors and looped the cycle to keep trekking on.

While browsing tutorials working on another After Effects project, I found a how-to video for making a cartoon style pool water effect. I was interested in the new effect it taught me, displacement, and I wanted to see how that would affect type. I was also challenging myself to make the water effect look more realistic than the example. With no clear idea in mind of how the final version would look, I started with a bit of text and a color palette. 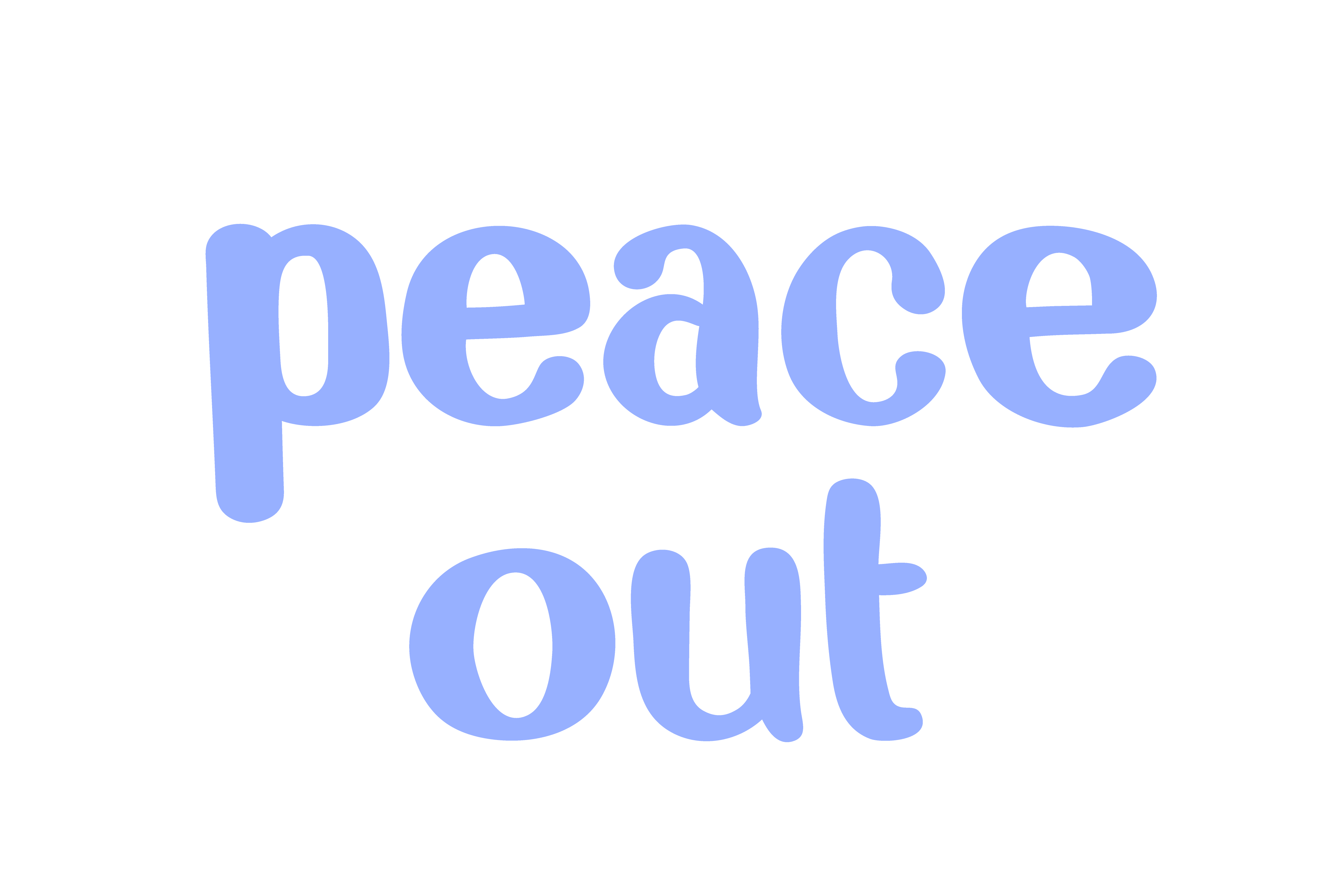 While following the tutorial, I made slight adjustments to each layer of the effect, making the opacities fade and overlap, as well as adjusting the timing to slowly fade. The biggest challenge—besides waiting for my slow graphics card to preview the render—was timing the waves in a somewhat random or natural pattern.

Once those displacement maps were refined, all that was left was composing all the layers together, some being double for shadows, and fine-tuning the colors and contrast. What I love about how this piece turned out is the mesmerizing effect of watching the waves undulate, feeling both natural and calming.